One of the goals of the International Olympic Committee is to “encourage and support the development of sport for all.”

Given that there are only 28 sports in the Olympics, I’m not sure what “sport for all” means. I’m quite sure the global community plays a few more than just 28 sports.

But it seems that the IOC has realised this problem and have set out to correct it. In 2020, they will temporarily add five more sports: karate, baseball/softball, sports climbing, skateboarding and surfing. This allowance probably means that other future Olympics will be able to add other sports that are relevant and interesting.

That’s a step towards “encouraging and supporting the development of sport for all”. Now if only the IOC adopted a couple of sports that catered broadly to everyone else’s skill sets—I mean, if bridge and chess are recognised by the IOC, surely they could go just a little farther afield in their selection of sports?

Of course, the problem for many sports is that the IOC requires prospective sports to be governed by an international federation—like how football is governed by FIFA. If the sport already has a federation, then the federation has to be recognised by the IOC and then chosen as an Olympic sport before it, well, gets to be an Olympic sport.

That’s a lot of hurdles to cross. And so, without further ado, I present six sports that I think should be added to the Olympics. (Note: this is not exactly serious.)

Basically, the aim of arm wrestling is to pin your opponent’s arm onto the table using your own arm strength. Whoever manages to do so first wins. Depending on how even matched the players are, a game may take anywhere between two seconds and several minutes. It’s governed by the World Armwrestling Federation, and has 80 member countries with their own national associations. 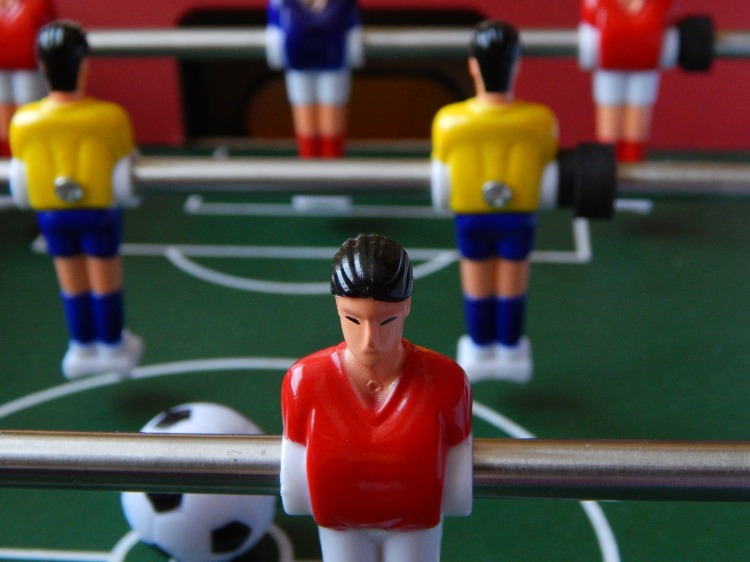 Foosball, or table soccer, is the premier game for slacking office workers, bored summer campers, and anyone trying to detach themselves from an Xbox controller. It’s a pretty old game, having been invented in 1922 by Harold Thornton. Its governing body is the International Table Soccer Federation, and it has around 65 member countries.

For people who can’t detach themselves from a remote control but want to breathe some fresh air and actually look at something more than 2 metres away, radio-controlled cars is the sport of choice. While the sport is considerably less popular than arm wrestling and foosball, it still has a modest following, with its governing federation, the International Federation of Model Auto Racing, running an annual world championship since 1977. The sport has 45 member countries.

The following three sports don’t have federations; either because nobody’s ever thought of giving it one or because it’s not popular enough to warrant one. Those matters aside, I think that these sports are hilarious and funny and should be included in the Olympics once someone makes a federation for it. (Honestly, in this day and age, making a federation can’t be that hard.)

As someone I met described it, “when you play sports like basketball, soccer or football for recreation, there’s always going to be those who are better at it and those who aren’t. With bubble soccer, that’s not the case. Nobody’s good at it.” Basically, bubble soccer is soccer (or association football) with the addition of bubble suits around the upper body, as pictured above. Which means trying to steal the ball becomes more like an exercise in tackling. And then of course, there’s the trouble when you fall over, and um, flip upside down. While it’s nice that the bubble protects your fall, it also prevents you from getting up. The main problem with the sport is that it’s rather hard to get all those bubble suits.

A well-known school sport, dodgeball is popular as a recreational sport; however, it does not receive much attention as a professional sport. Basically, the aim of the game to knock out (not literally) members of the opposing team by throwing a ball at them and successfully hitting them. If that happens, they are out. Once one team is entirely out, that team loses. The only thing about this game is that everyone has their own variant of the game, meaning that trying to organise a standard tournament would be a pain. Of course, a federation would fix that. 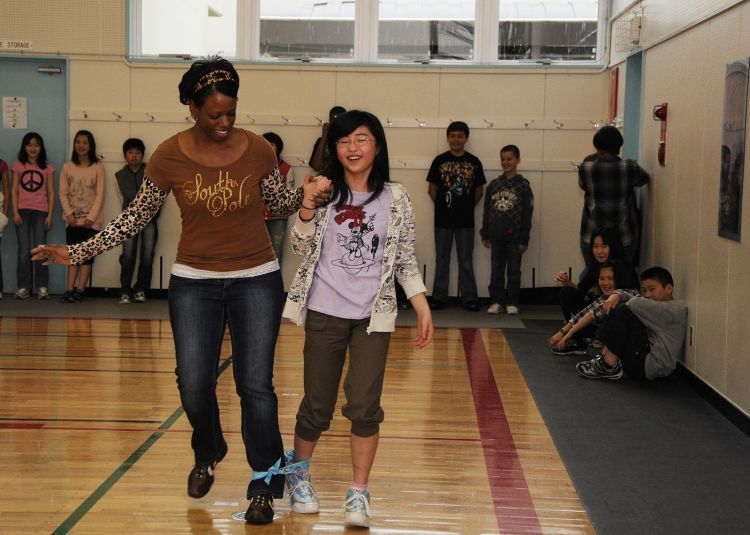 Since this game is essentially a track race, I honestly think that it doesn’t need its own federation. I think that the International Association of Athletics Federations, the group that runs events like the 100 metre dash, should add it to their official sports. I mean, other than a track, the only piece of equipment that you need is a strong piece of rope.

Well, that’s my list of six sports that should be added to the Olympics. Yes, I know, they’re sort of ridiculous, but I did want to include sports where everyone can perform reasonably well with minimal training, and for the most part (except for arm wrestling), I think these sports represent that.

What other ideas do you have for possible Olympic Sports?

Science fiction author, artist, animator. I blog mostly for fun but wouldn’t mind getting money for it (donations are welcome except I don’t have anywhere to donate to, so yeah.) Also a board game designer. View more posts