While I’m not often impressed by the booms and the bangs of superhero shows, once in a while, I find an exception.

Boku no Hero Academia, a manga and anime, is one of them.

But first, SPOILERS AHEAD.

Here’s the premise: in a world where superpowers (called “quirks”) are commonplace, a quirkless (AKA powerless) boy, Izuku Midoriya, wants to become a hero. Without a quirk, however, his chances are slim. But a chance encounter with the greatest hero, whose powers can be inherited, sets him on the path to becoming a great hero himself.

That’s where most of the story occurs.

One of the story’s main strengths, really, is that it’s set in a school. School is an environment that almost everyone has an emotional connection to. As Sir Ken Robinson notes, education (and schools, by extension) is “one of those things that goes deep with people,” and Boku no Hero Academia certainly uses that deep emotional connection that people have with schools skilfully.

As you know, no matter the school, most schools suffer the same problems. Some teachers are biased. Some are nuts. Some students are annoying. Some are downright weird.

Again, Boku no Hero Academia tackles all of these characters, making it more than just a glitzy performance. It’s a story with the grit of real school problems in it.

The protagonist (and plot)

What I noticed in both is that the protagonists almost always are calm, collected, and no matter what, in control. And the audience knew that. They never looked truly worried. As I watched the films, I knew, already, that they would clear every hurdle. They were no underdogs.

That was not the case in Boku no Hero Academia.

To be clear: very early in the story, it is revealed that Izuku Midoriya will become the greatest hero. However, throughout the show, he is very much the underdog. He passes the entrance exam, but basically fails the first class test. He miraculously makes it to the final eight in the hero tournament, but then gets beaten up so badly that he sustains lifelong damage to his hand. And while he is certainly smarter and quicker that many of his classmates, he is constantly being bailed out by them.

In this way, you really understand the protagonist. He isn’t some glowing hero. He fails. He gets trampled. What makes him heroic, though, is that he persists.

This makes for a likeable and relatable main character, and one that people can resonate with.

Throughout the story, there is one overarching theme: how do we deal with situations we’re born with? Or not born with?

Obviously, Midoriya is a prime example. Born without a quirk, he struggles in school early on, and while he eventually gains a quirk, he has to work far harder to attain it.

Much like real life. Some are born privileged or talented, and some aren’t. But either way, some manage to work their way up from the bottom. 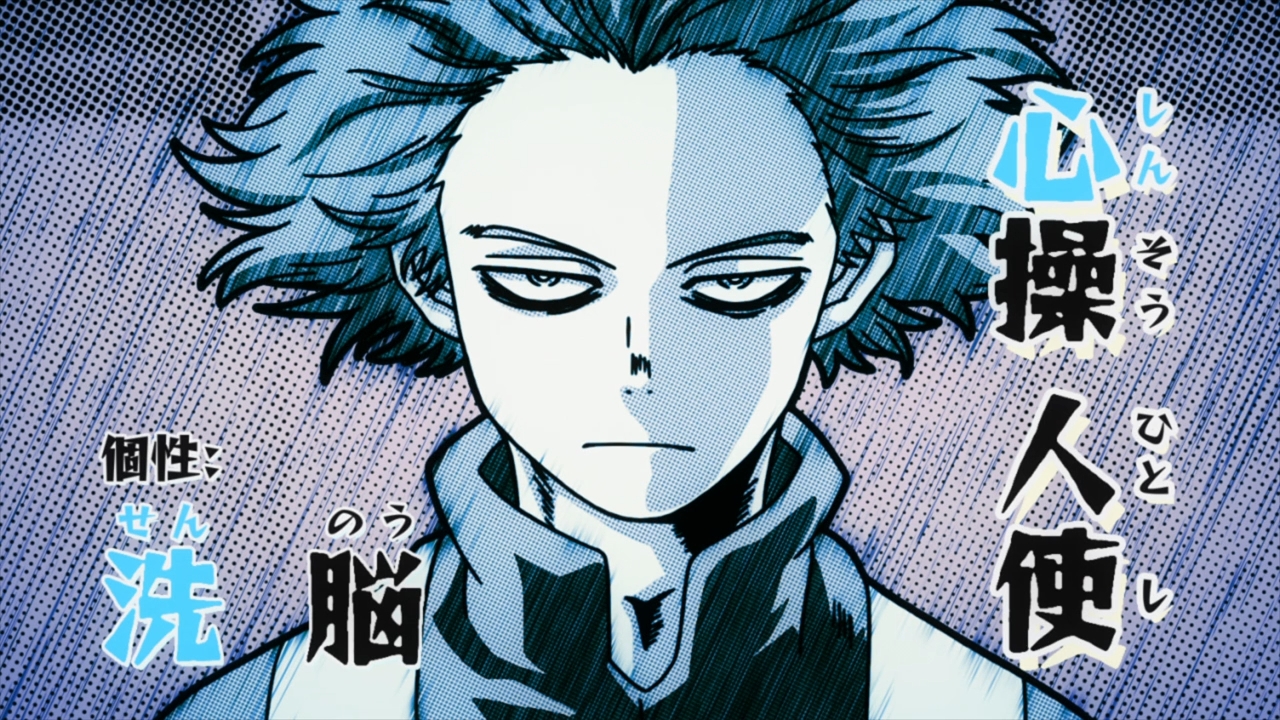 Another character, Shinso, also brings up an important question. While he also makes it to the superhero academy, his power (mind control) isn’t suited for fighting robots. As a result, he fails the combat portion of the entrance exam and has to take another course. Other characters with incredible fighting ability easily pass.

Which begs the question: is it fair to encourage one kind of talent and not another?

Think about it. As a society, we always label the kids who are good at math and the sciences as geniuses, and we give those subjects far more weight in formal schooling than others. This, of course, creates a vicious cycle encouraging more and more math and science, or, in the show’s case, more explosions and mass damage to public property by flashy combat heroes, with some characters going so far as to marry other powerful heroes to enhance their children’s power. Either way, it creates a problem in society.

The point is, while on the surface, Boku no Hero Academia appears to be a smash and bash superhero show, it delves deeper, asking questions that need to be asked.

Let’s be clear here. Firstly, the show, and the manga both, are incomplete. With that being said, I have no doubt that the creators will be able to conclude it properly. But again, I don’t think that it will conclude anytime soon.

But that aside, this is a show I would recommend watching, especially if you’re a fan of other superhero stories.

What other thoughts do you have on Boku no Hero Academia?

5 responses to “Boku no Hero Academia review: thoughts and themes”