As children, our first stories were always about pure, noble, and virtuous protagonists, and evil, black hearted villains whose only aim in life was to destroy the protagonist. We learnt to cheer on the heroes and boo the villains.

But as we grew up, we began to learn that there were many more kinds of characters and people. We were introduced to antiheroes and sympathetic villains (among others), and we realised that people aren’t always black and white.

And it is from these “grey areas” that we find some of the most chilling and evil characters: those whom you would least expect to be evil.

Well, I can think of several.

1. Tom Watson, The Girl on the Train

Paula Hawkins’s Tom Watson is a particular kind of evil: lying and manipulative. He takes advantage of his wife’s, memory problems to abuse her, and he fabricates stories of how she causes all of the problems in their life and their marriage. His evil is further highlighted by his “long suffering husband” facade, even though he is the root of most of their problems.

George Orwell is a master of pessimism, and his character Mr. Charrington doesn’t break the mould. Mr. Charrington stands out in the book as a neutral, friendly antique dealer in a world gone mad, torn apart by communism. Where Parsons and others have picked sides, Charrington seems uninvolved with greater politics, just content to be who he is. However, that facade disintegrates when it’s revealed that he’s a member of the thought police, and then proceeds to arrest Winston and Julia. While he isn’t by any means a central character to the plot, it comes as a shock that the only “neutral” character in the book is, in fact, evil, and thus, any hope in the book is destroyed.

Evil is horrifying in all of its forms, but it’s even more horrifying when it’s perpetrated by a child. Stephen King’s Todd Bowden seems like a perfect angel—seems. But not only does he psychologically torture an elderly man (albeit a wanted Nazi), he proceeds to murder several people, and all the while, he retains his persona of an “apt pupil”. The disconnect between his two personalities is striking and it makes for one disturbing villain.

Robert J. Sawyer’s Menno Warkentin is evil for the same reasons as Tom Watson: he is manipulative and lies easily, and yet, for the most part, he isn’t caught until the near the end of the book. His main crime in the novel is ruining his student’s—Jim Marchuk’s—mental state, and although he fixes most of the problem, he is too cowardly to admit what he did, and he continues to lie to Marchuk for decades after the incident. While Warkentin isn’t as evil as some others on this list, including Tom, it is the fact that he is so unassuming—a blind, pacifist professor—that makes him so chilling and heartless.

5. Society in General, The Giver 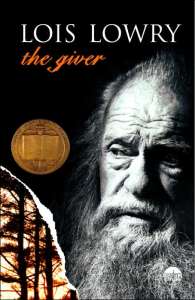 A perfect society. A state-saviour. A utopia. When Lois Lowry’s The Giver begins, it certainly feels like all three. But as time goes by, our protagonist, Jonas, begins to learn that his world is actually quite dark. There is no freedom, no music, or colours; but there are state-sponsored killings of the elderly and identical twins. Really, the seemingly innocent—even perfect—society that he was born into turned out to be warped and cold.

Those are five characters (well, four and one society) that I found nauseatingly evil, even though I had good first impressions of them. Which other characters from other stories do you think are unexpectedly evil?