Recently I read The Cellist of Sarajevo and was discussing the story with a friend. And he said, “It’s so great it should be made into a movie!”

And I thought, how?

Don’t get me wrong. I enjoyed the book. But try as I might, I couldn’t think of a way to capture the spirit of The Cellist of Sarajevo on camera. Making a film would be the easy part. But making a good film of the book? Good luck.

But why is it so difficult to translate some stories from one medium to another?

I think it’s because some stories are so adept at using the medium itself to tell the story, that without its original medium, the story loses its vibrance.

It whistles like a giant eagle screaming, so close now that I must cover my ears.

That was a sound of a train, mind you.

I also recall a description in C. J. Sansom’s Dark Fire, a book set in Tudor England. Shardlake, the protagonist, is given a fruit to eat, which is vaguely described at first until the narrator bites into it and is disgusted, whereafter he then learns he must peel off the yellow skin before eating it.

Yes, it is a banana. Neither of these passages I’ve mentioned would be of the slightest interest on camera. You’d look at it and go, “Why is he eating an unpeeled banana?”

Of course, I’m delving into details here, but there are plenty of stories whose plots rely on the written word (or the audiobook version, take your pick). Stephen King’s Fair Extension. Ken Liu’s “The Bookmaking Habits of Select Species”. Either one of these played excellently into the strengths that prose provides.

The same goes for film. Take Christopher Nolan’s Memento (And yes, I know it was based on a short story. But not this part). The film’s iconic plot device was that the story, in part, was told backwards. This was simple to highlight in film. They simply had each scene end with the first shot of the scene preceding it. How do you do that in a book? I mean, there’s probably a way, but it’s probably difficult and painful. 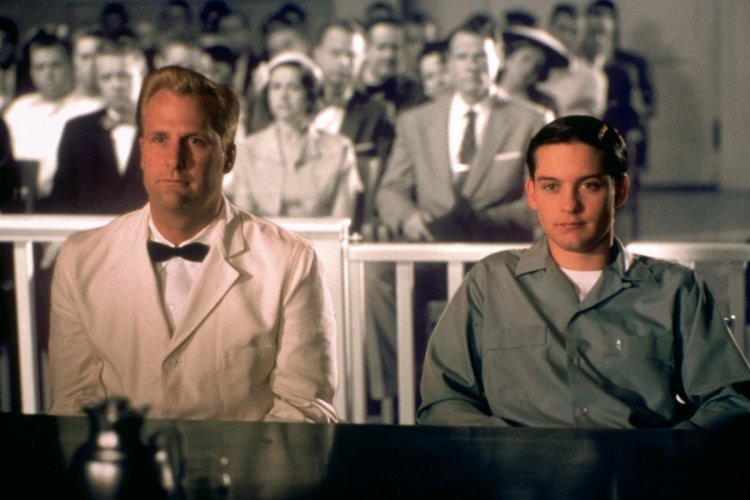 Then there are films like Pleasantville. A key plot device in it is the fact some characters, and indeed, the whole town, is black and white, while some characters are in full colour. Such devices are near impossible to recreate in other mediums—stage, radio or books—without some work.

And stage is not exempt either. Any high school student who has read a Shakespeare play before watching its film (or play) can testify: it’s awfully difficult, and some subtleties are lost in translation from stage to page.

And then there’s Thornton Wilder’s Our Town. Half the power of the play was the sparsity of the set. It could be any town. Our town, even.

All these examples I’ve mentioned are simply to say this: each medium is unique. That why they still exist. And the best authors, playwrights, directors and actors will know how to effectively use their medium to make their story shine.

(As an aside, that’s why you need to read the book and watch the film. Not necessarily in that order.)

That’s why cinematography is an art. That’s why, still, even in this age, the foundation of a good novel is good prose. And that’s why even “minor” things like stage lighting can still have such a great effect on telling a story.

Of course, there are some stories that transcend the boundaries of mediums and are still excellent. Sometimes the adaptation is even better. Like The Shawshank Redemption. Or The War of the Worlds. But again, those stories succeeded because of the careful skill taken by the creators to keep the spirit of the story.

I guess, really, my original and whole thought was this: not everything needs to be made into a Hollywood movie. And in fact, some things are better left alone. Like The Cellist of Sarajevo.