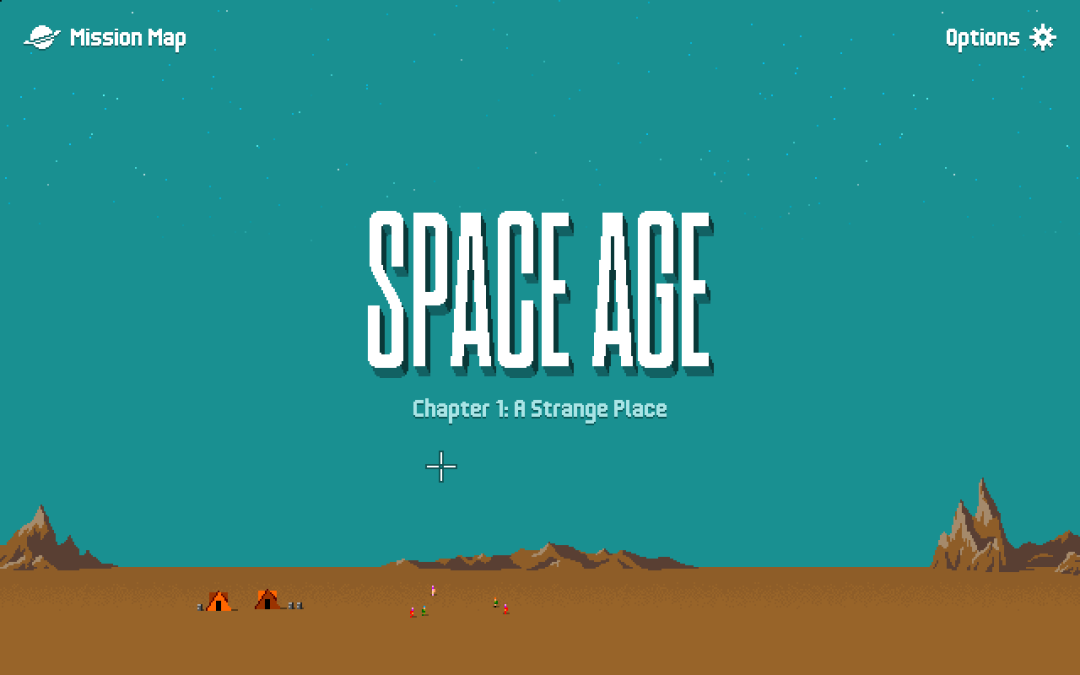 I was told that Space Age was a retro game.

I don’t know whether it’s true, I wasn’t there when the originals were produced.

But on the same topic, I find that there are dozens of game categories. Endless runners, puzzle games, first person shooters, real time strategy, and massively multiplayer online role-playing games. The categories are as endless as there were tubes to cross in Flappy Bird. I think that there should be one factor that categorises a game: is it fun?

And I think that Space Age is a fun game.

To explain, the game takes place on Kepler 16, a newly discovered planet, and you play the character Private, a member of the military space team that discovered it. Along the way, you also get to control the other characters, as they work together to accomplish their mission.

The game play is simple, as the only control you need is your mouse; or, in the case of the iOS version, your finger. Just one of them. Some sort of mouse or finger dexterity is required, but there is quite a bit of brain power involved as well.

If you asked me whether the storyline was similar to those of other retro-style games, I wouldn’t be able to answer you. I haven’t played enough of them. But from ones I have played, I can tell you that I think the storyline is unique enough. A team of astronauts explore another planet, where they encounter violent resistance, which they come to realise was a result of machines that the US Army has deployed on the same planet years before. The story is sort of ironic in this aspect, that the characters have to fight their predecessors in exploration.

The art for the game is beautiful in all it’s 8-bit glory, and if you don’t like 8-bit, I have to first apologise for your loss and then wonder why you came to an article with a 8-bit picture at the top.

Altogether, I think that Space Age is a game that is not only great, but gives the iOS generation a feel of what their parents played, twenty years ago.